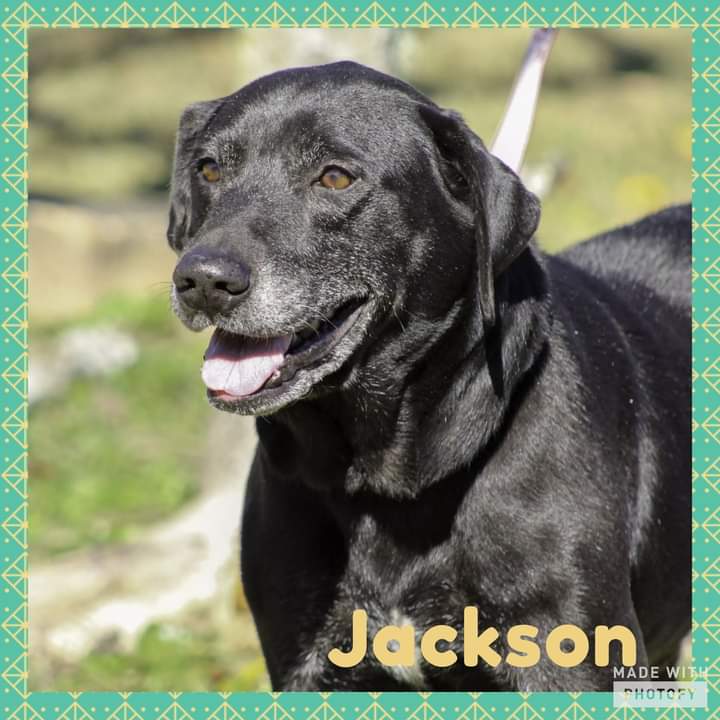 Jackson is between 8-10 years of age and is 60 lbs. As you can see in the pictures he is a senior who obviously knows how to have a good time:). He is a black lab/hound mix. His face and coloring looks lab, but his conformation has some hound aspects to it. He is typically very quiet (even when other dogs are going nuts due to the UPS man) but on occasion he will bay/howl like a hound.

He was picked up as a stray several times. His owner had received several warnings about Jackson’s poor condition. If the owner had picked him up this last time, he would have been ticketed… We pulled him after his “stray hold” time was up.

He is slightly hard of hearing and has cataracts. He has been accidentally surprised a few times so while he is in a foster home with children ranging from 7 years to college age, he may be best in a quieter household.

Jackson is a hard core couch potato. He also has a bladder of steel. This combination would be ideal for someone who works long shifts (like a nurse). He would also be well suited for apartment life. He may need help up and down stairs later in life so a first floor apartment or access to an elevator may *eventually* be necessary.

Interested in adopting me? Fill out an adoption application today!

Help Our Dogs Find a Home: